The Giraffe Garden
A project about letting deeply embedded
colonial norms go, and embracing a multi-species environment
What does the zoo look like if we let go of the concept of the singular species, what if multi-species become the norm. What insights can we draw from the discourse of de-colonisation in redesigning the zoo of the future? 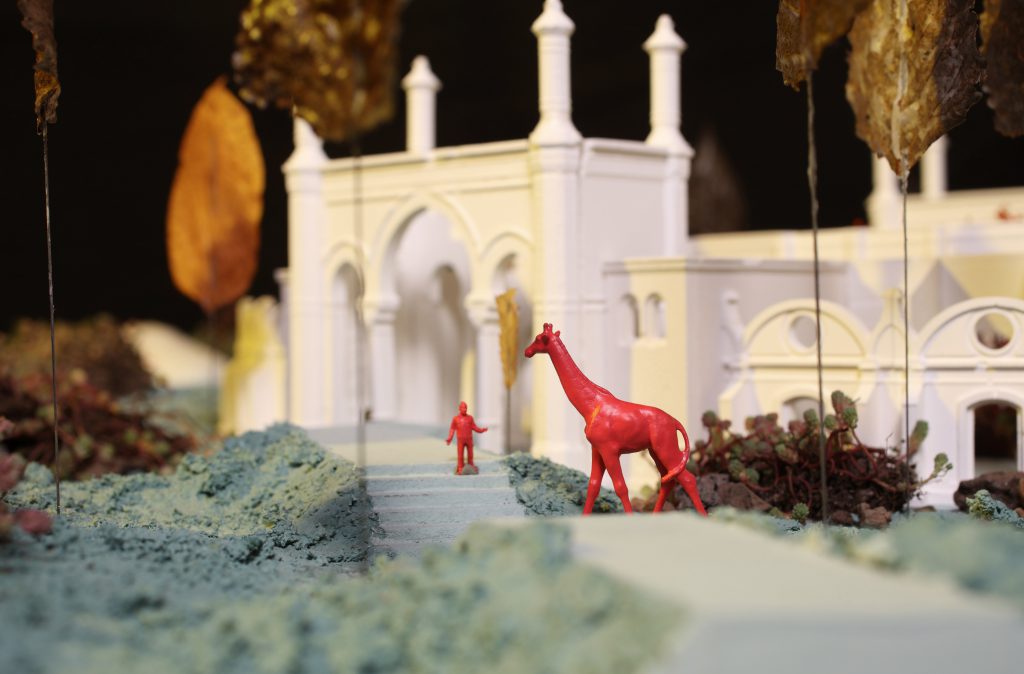 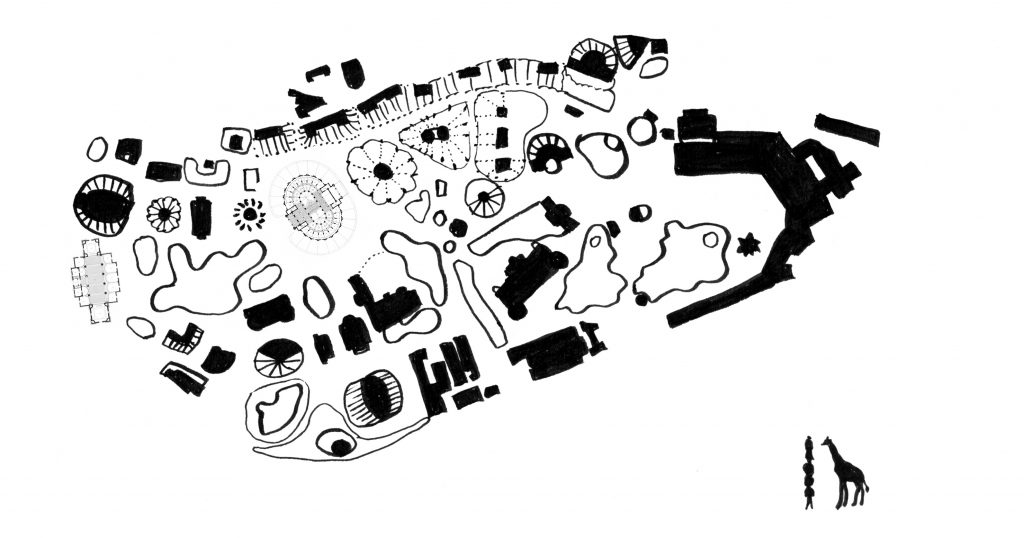 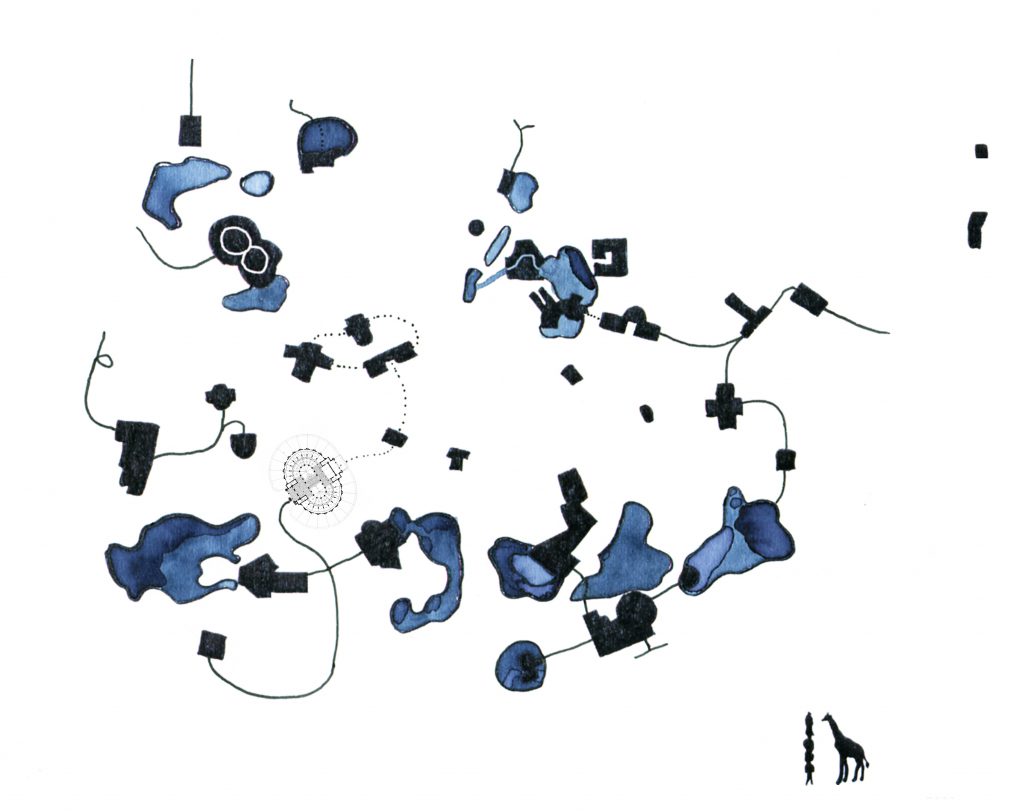 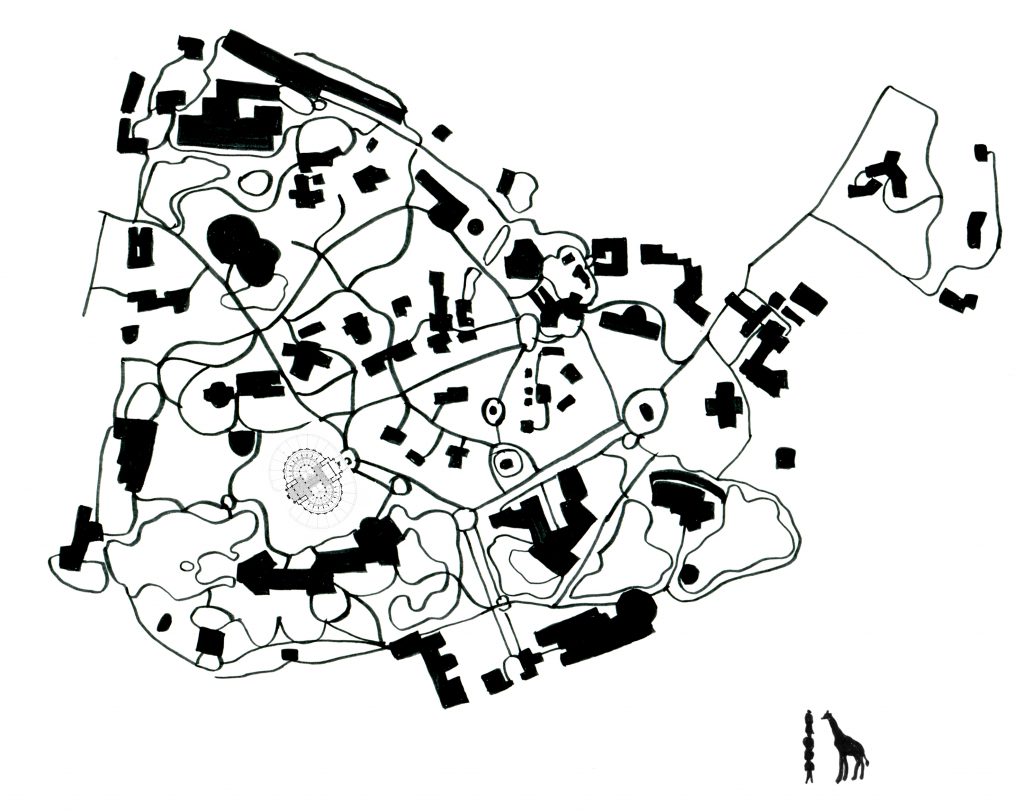 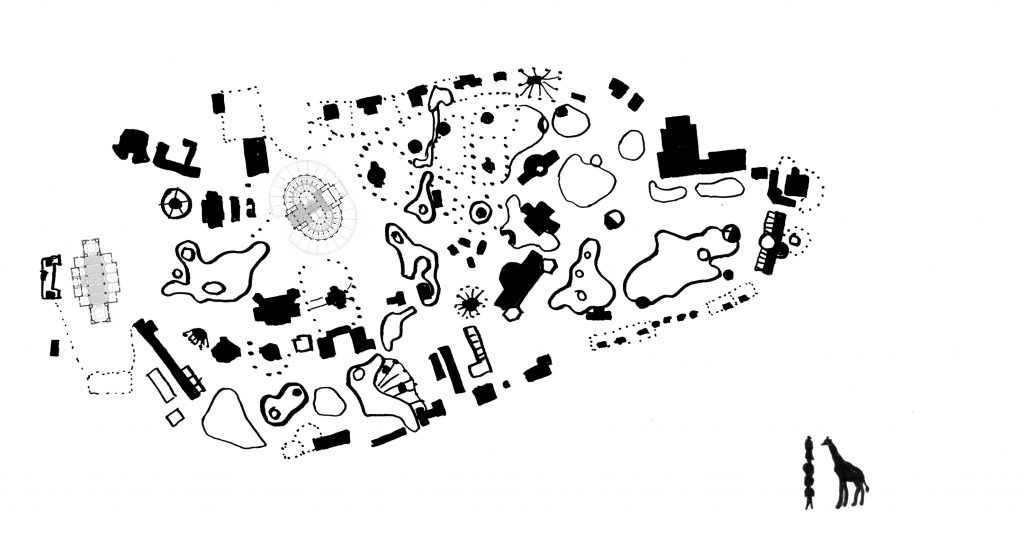 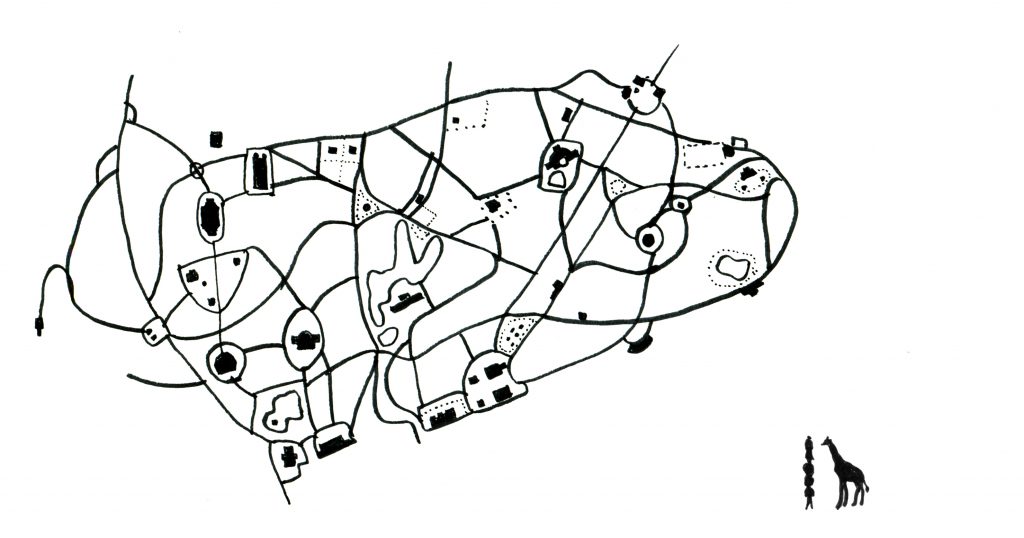 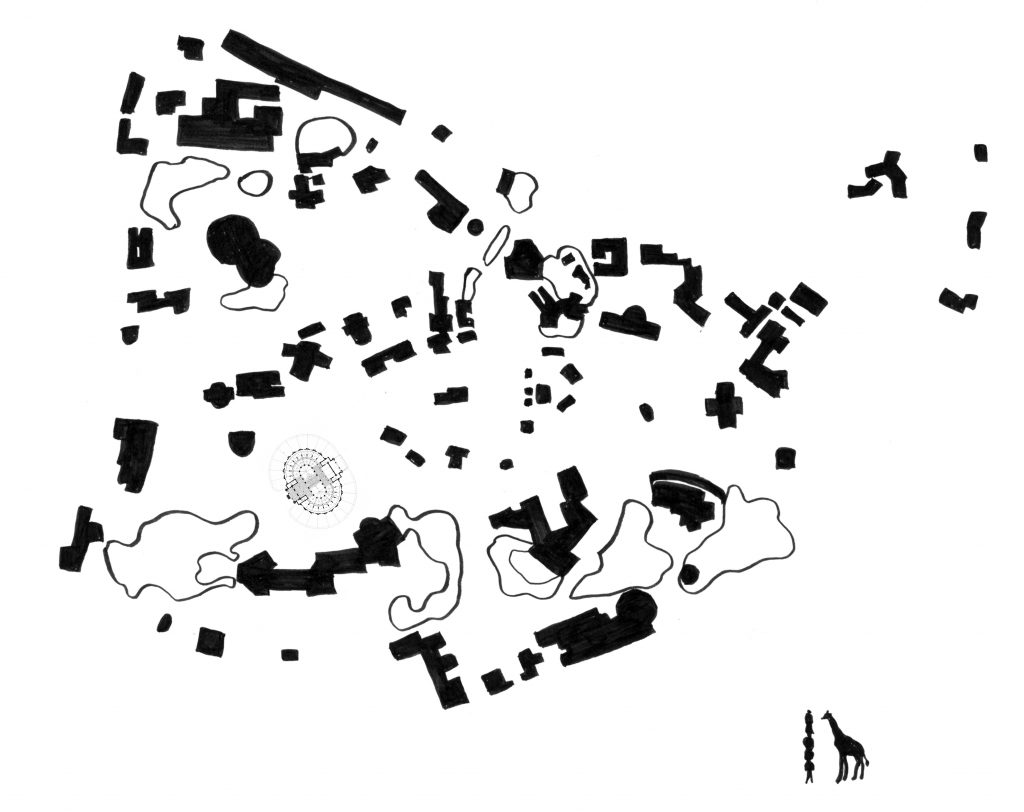 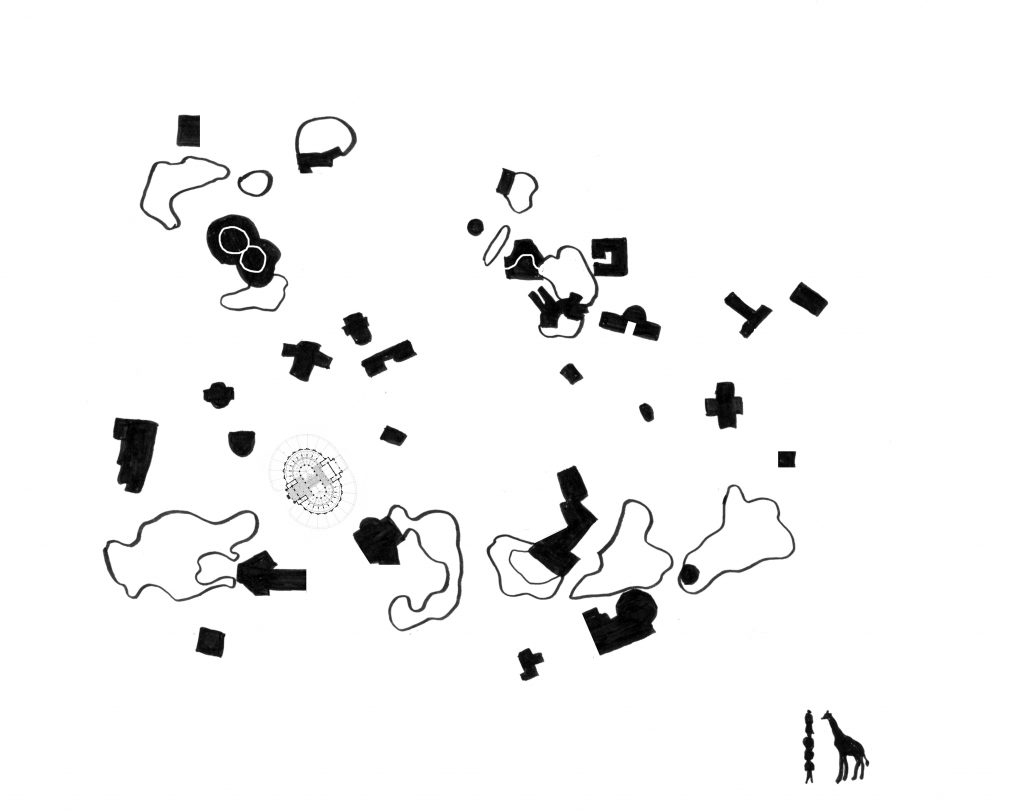 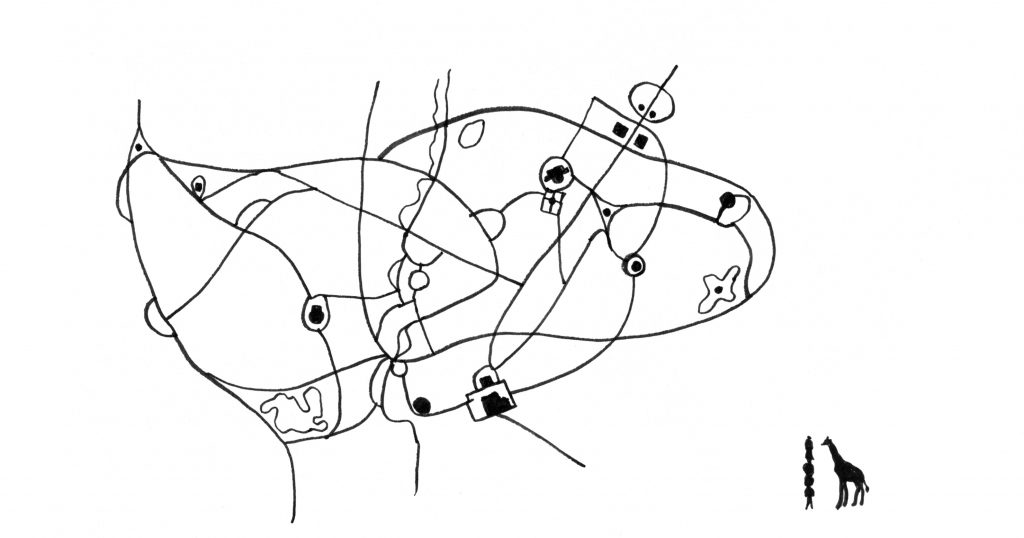 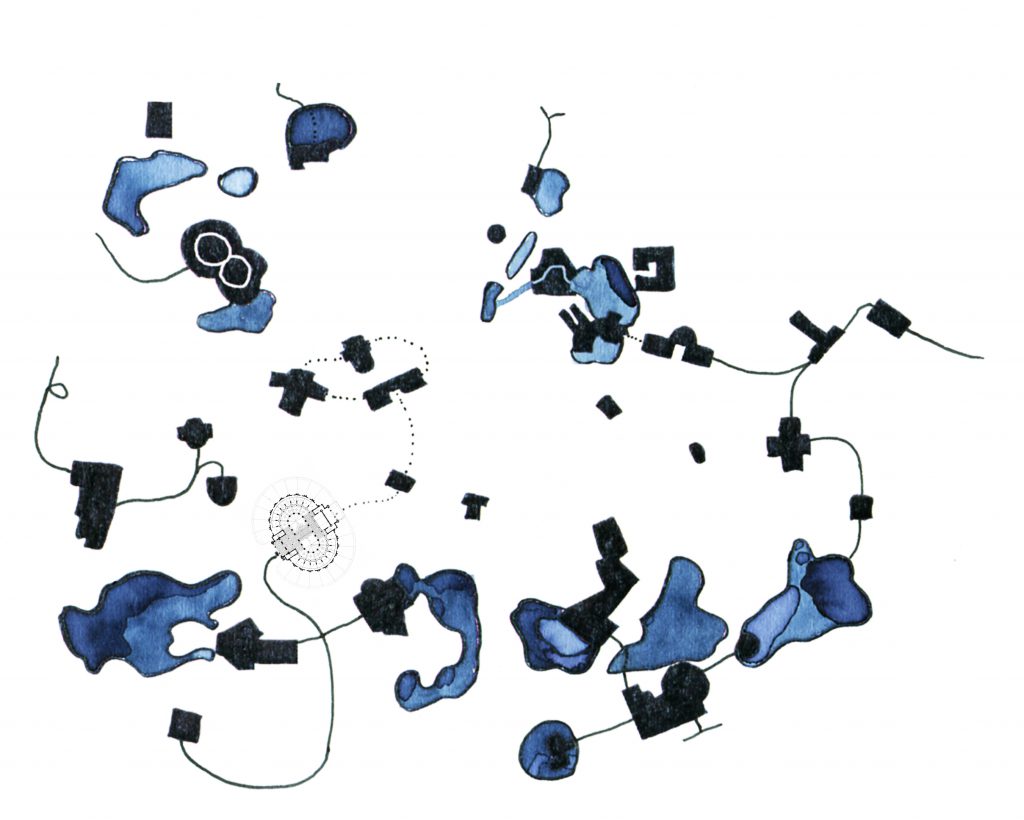 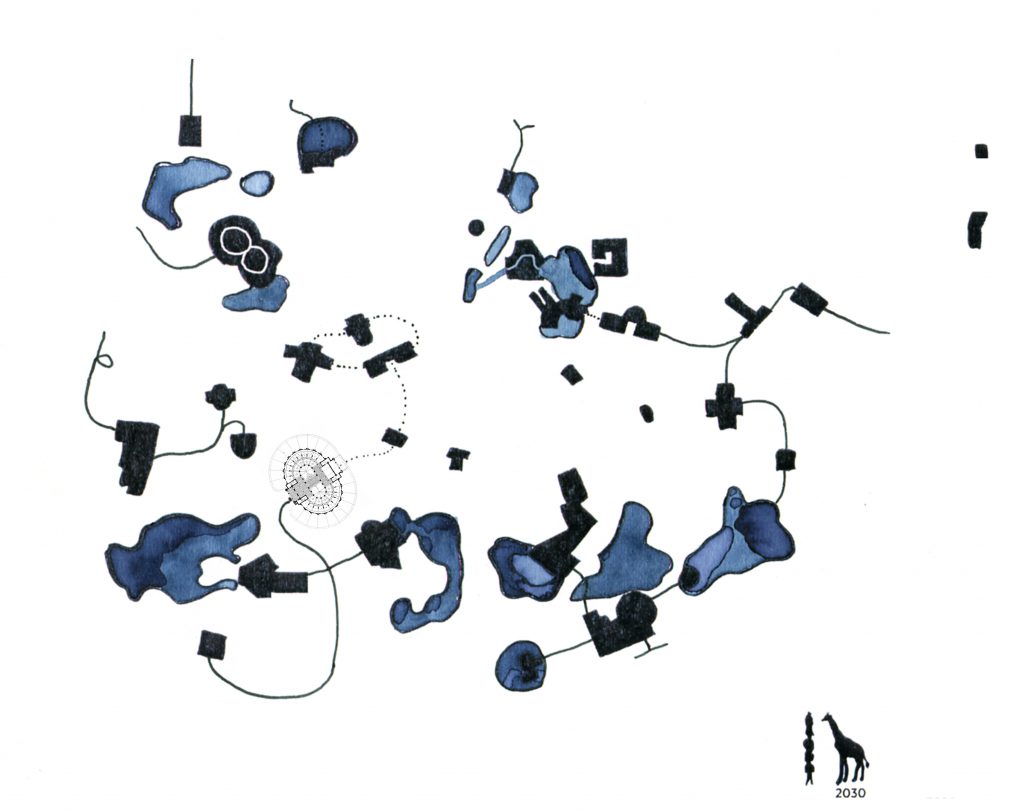 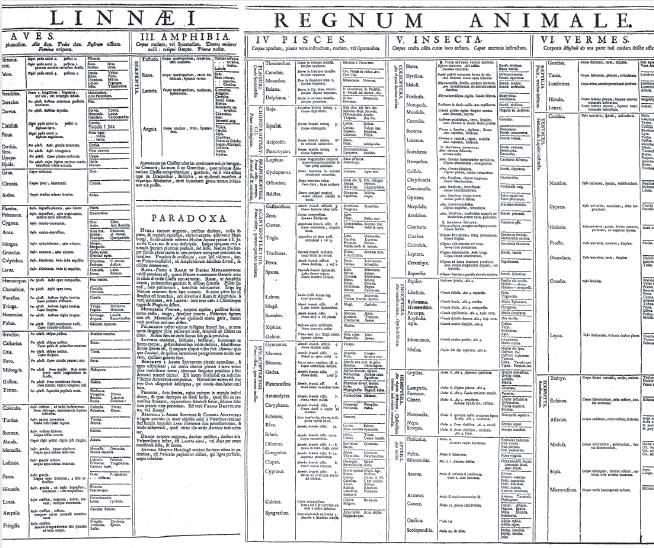 How does the zoo look like if we let go of the concept of the singular species. What if multi-species become the norm. What insights can we draw from the discourse of de-colonisation in redesigning the zoo of the future?

Taxonomy is the division into and definition of species. Since the invention of this system by Carolus Linneaus, one of the main objectives of the scientists has been to divide everything into prescribed categories by an unified classification system. This system forms a grid of thought underneath the ‘enlightened’ Western society. This natural order has created a scientific culture that has widely been accepted as the truth. Organising, simplifying and finding causal explanations are still deeply interwoven with how we look at and see nature around us.

By emphasising the differences - and not the countless connections between different species - our understanding of the world has gradually been pulled apart and put into fixed categories. In other cultures not its species but the world at large stands at the centre of natural understanding. Everything that coexists is understood as one unified collaborating organism. The Gaia theory of Lovelock and Margulis recently regained popularity by Bruno Latour’s latest book “Facing Gaia, eight lectures on the New Climate Regime”, in which he dissects the concept of ‘nature’ and rebuilds it into a new all-encompassing (political , legal, ecological) being in motion.

For centuries the zoo has been shaped by unbalance in global power relations. In almost all zoos you still find flashy references to its colonial past (and not just to the non-human animals). In order to do justice to the zoo of the future, we must break down ways of thinking, separations in taxonomy and replace the traces of the colonial rulers and power with a new, inclusive environment. 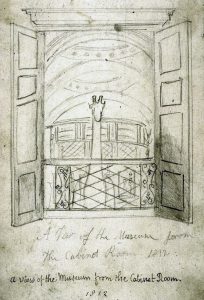 Sketch of the Museum at the Royal College of Surgeons, London, 1812 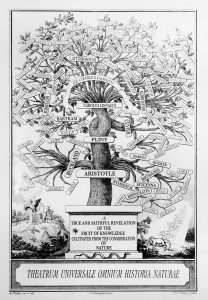 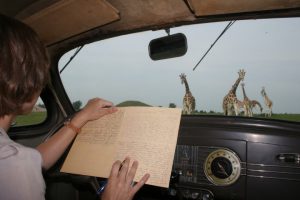 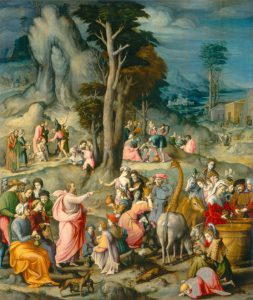 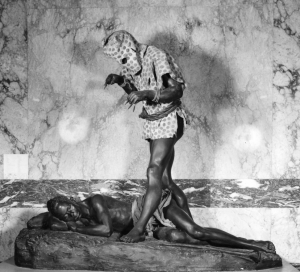