Two years ago I changed from a zoo-sceptic into a zookeeper.

Three months after spending a summer researching zoo’s in Europe and deliberately focusing only on the architecture rather than the animals on display-, I somehow ended up adopting a dog. This completely changed my perception of wildness, the built environment, friendship, the domestication of animals and the habitats designed for specific animals at the zoo.

According to the former Zürich Zoo director and animal psychologist Heini Hediger, the best life you can give to a zoo animal is a tame life: a domesticated life that allows the animal to perform behavior as close as possible to what they would be doing in their natural environment. To a certain extend we have been doing this with cattle and pets for centuries, changing their natural behavior into something more accommodating to our needs – whether we want them to help us with hunting, need emotional support or we just want to eat them. While they did not have much of a choice and benefited from our protection, they adapted and evolved with us, not unlike the tiny critters living inside our bodies. Now that many species only live by the grace of our existence, the question becomes whether it is better to live a life depending on someone else, or not to exist at all.

A fair criticism of domesticating animals is that our inter-relation with non-human animals has always been centered on us and how we can use the other to our benefits, honoring the term Anthropocene. But now that we live in a world where we are not merely concerned with survival, getting food or finding shelter, many of us have the luxury to conceive, consume and construct a domestic environment for which they then subsequently need to find approval on social media. These new value systems –although still mainly out of a selfish interest– push people to extremes in dedicating their life to certain species, whether they are plants, insects, birds or mammals. Part of my life as a dog owner exists in trying to help my dog to see and undergo unknown external conditions, trying to help him feel as comfortable as possible anywhere we go while confronting him with many of the oddities of contemporary society.

Our main means of conditioning animals is through requesting certain behavior –mainly by giving commands– that either results in a reward if executed well, or leads to repercussions in the form of physical or emotional punishment. Although this is a rather dirty –honoring the term Capitalocene- method of bribing the other to like you (and most of the animals at the zoo are clearly only going to do any of this because otherwise they will starve), it is commonly accepted as the most “humane” way to handle animals. And since very few people have moved out of society to live in a system that does not revolve around money or is under some form of supervision, we ourselves seem to have succumbed to enjoying the calm and accepted that living together means giving up certain liberties.

The questions remains if it is better not to exist at all, or to spend your whole life trapped in a controlled environment. Enlightened Marxist homo sapiens might rise to the brink and rip out street stones to convince you of the first, and before adopting a scared little puppy I might have joined them, but now I am not so sure anymore. While we are still in the midst of taming our own wildness and getting to grips with the remnants of a time when we might have had a more balanced relationship to nature, it is in our animal companions that we can observe these same conflicts and might find the means of getting to grips with this behavior.

It is exactly here that I recognize the value of life in an artificially constructed habitat for every living thing, and stopped diminishing the zoo to an evil and banal environment that should be shut down as soon as possible – which was the conclusion after visiting a couple of European zoo’s and witnessing some very confronting scenes. The challenge now lies in designing environments and relationships that are not only to our own benefits, except for comforting our conscience after having gravely altered the conditions for life all across our planet. We can create new ecologies to take the place of the ones we have brought out of balance, and while it is questionable whether homo sapiens are the right species to take up this responsibility, I am confident our arrogance will make sure we try and invest all available resources until we are extinct.

Maybe we should not only worry about changing the world around us, but also consider allowing the others to enter our domestic environment and accept the animals that live inside of ourselves. If we are able to accept the unknown others as something domestic and part of our lives, we might be able to turn the zoo into something very well worth visiting. 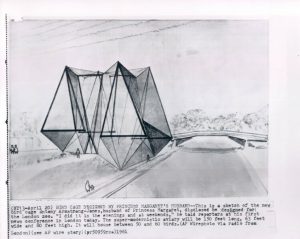