Zoo as a City, the 13th Cautionary Tale for Christmas
BADIN

Superstudio designed 12 Ideal Cities as a Christmas present for their friends and colleagues. All of them have one thing in common: in every city, rebellion means death. Disobey and face it by crushing, machinery, disconnection, or an invisible action of a leader. Zoo as a City can be read as a free sequel, it takes dystopia one logical step further into a late democracy, as explained by Alexis de Tocqueville, the author of Democracy in America published in 1835:

“All society is alike, men indifferent of one another, chasing individual pleasures just to supply and glut themselves with something they already have in excess. The government takes care of everything like a parent – but instead of preparing the kid for adulthood, it is kept in childhood forever. Democracy provides everything – security, necessities, industry, pleasures, concerns, industry, property, even the division of property when we are dead. What remains? To spare them all the care of thinking and the trouble of living.

The will of man is not shattered but softened, bent and guided – men are forced by it to act sometimes, but they are constantly restrained from acting. Such a power does not destroy, but it prevents existence, it does not tyranise, but it compresses, enervates, extinguishes and stupefies people – until each nation is reduced to a flock of timid and industrious animals of which the government is the shepherd.”

So, Superstudio, I am sorry, your despotism was of a soft nature. The death mankind faces is slower. The ice melts more than it cracks and the amount of flies that will stick to your eyes when riding a bike, well, those disappeared rather quickly, but then who would care for flies? As humans, it is our only quest to erase nature (Houellebecq, Atomised, 1998). That may be true, but what interests me more is a different question: what do we have in common with animals, or nature in the broader sense? I’d guess that to be the Earth. But it is a strange relationship the human animal has with the others, notes Félix Guattari in his book Chaosmosis:

“How do we give back to humanity – if it ever had it – a sense of responsibility, and not only for its own survival, but equally for the future of all life on the planet. Animals, plants, vegetable species, incorporeal species, music, cinema, the arts, the relation with time, love, compassion with others, the feeling of fusion at the heart of the Cosmos.”

We can have something more in common with one another than the Earth and the abstract relationship of Guattari. There is an invisible world of microbes that live in clouds and around mountains, just as they do around genitals and other sweaty body parts. Sadly, it is possible to wash them away, to extinguish these tiny living things. Yet, there exists one connection between man and the beast that will sustain itself even after separation, discovered Alain Aspect while working on the EPR (Einstein–Podolsky–Rosen) Paradox.

The discovery comes from scientific experiments with elementary particles. Imagine two of them. For simplicity, let’s take a drop of water and a drop of dish soap. Mix them. You’ve just made washing liquid. Then put them through a filter and separate them again into water and soap. Place each of them into a separate bucket and place the buckets far away from one another by an arbitrary distance. So now you have water in the Netherlands and soap in the US. Then freeze the water and observe what happens to the dish soap. Strange enough, the soap becomes colder even though it is very far away. Even stranger, it becomes colder quicker than the speed of light could have transmitted an information from the water to the dish soap about the changes. As if you’d call a friend with a question, but he’d answer before the phone rang. Conclusion of the experiments? Once things are connected, they will be forever.

It is thereby the intention of the Zoo as a City to bring everything living on board. The boarding begins. Please mind the gap between the spaceship and the platform. Three, two, one. Liftoff.

Birches stood outside where a human was looking, but glass separated them, so that a house remains a house and a garden a garden. The glass surrounding the human was 182cm tall, 61cm wide and created a room 61cm deep, atop a pipe ran, providing water and food, as shelter she had and space she’d soon get. The birch lived enclosed in the same manner, being 40m tall with roots that were cleverly balled, 15m wide and 17m deep; just as big as it managed to grow on Earth during the Anthropocene. Both transparent enclosures were lit using artificial light, throwing infinitely long shadows into the universe. What seemed infinite to the eye were cells and cells of living data, ranging from the tiniest microscopic creatures, to prehistoric mammoths, the former at the eastern horizon, the latter opposite. What this immense structure 66km long, 40km wide and 10km deep carried was truth. It was the last and only backup of mankind, its knowledge compressed into a single spatial database that followed higher organizational logic than humans could comprehend. It navigated the universe but flew always to the West.

Where and who was its captain, a creator, nothing and no one knew, as if it would even matter. Planets, stars and even black holes were being colonized immediately as they entered a 1km wide radius from the ship, or at least that is what the passengers were seeing, thawed and warped in an ever increasing travel speed. The truth may be that galaxies and further away darkness was slowly being transported towards the truth. Some called it the Ark, others devoted their days to following universal shadows with their eyes, or touched, smelled and licked their sterile glass enclosures clean. Symbiosis existed overall.

Depressions were cured by food additions, risks and accidents of life completely eliminated by tight spatial constraints and narcotics that made dangerous movements impossible. Those were, of course, used only when needed,  as most of the passengers maintained constant happiness. Women were being artificially inseminated in order to sustain progress, men were given dreams that caused spontaneous ejaculation and fake memories. The system operated also vice versa; simply said, what was needed was always delivered, no matter the ridicule. Entertainment was caused by additions to truth every time a new planet, microbe or human was made or found and enclosed by transparent partitions of required minimum size and energy, the whole system reshuffled, so as to keep logical order around. Even though expansion was inevitable, mastery of compression was celebrated loudly. Some creatures scratched their glass, expressing positive emotions through numeric inscriptions. So future generations may discover the amount of shrinkage mankind achieved, if they ever put the pieces of glass together. Every fourth year democratic elections were being held, where all species sent a wave at their favorite frequency through the pipe and when all votes counted, one hundred representatives, from dogs to the oppressed (but mostly ants and plankton), together with an other hundred randomly selected beings, dispatched into the universe on missions entitled Panspermic Travels, randomly crashing, touching and biting one another, creating new species and thus more truth. After a week usually, when echoes of all the pipes turned silent, the two hundred representatives returned and everything had to be rearranged again. New knowledge was made during that process, some dubbed it as non-scientific theater show, as only on the level of wave frequencies did all the representatives retain a relationship even after separation. Love faded in them. Objection was once heard that this whole process is there to deliver the same election result every year, but that voice was extinguished quickly and after several doses of morphine returned to a complete state of happiness, again. 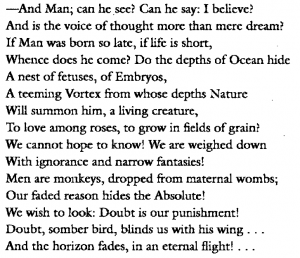 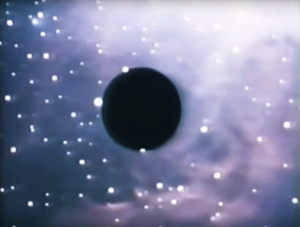 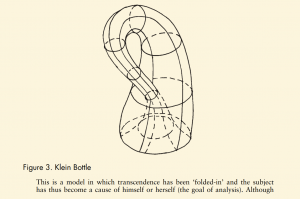